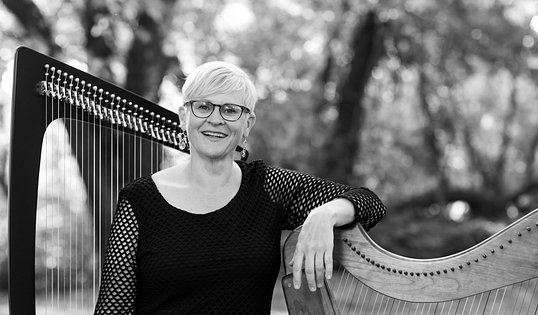 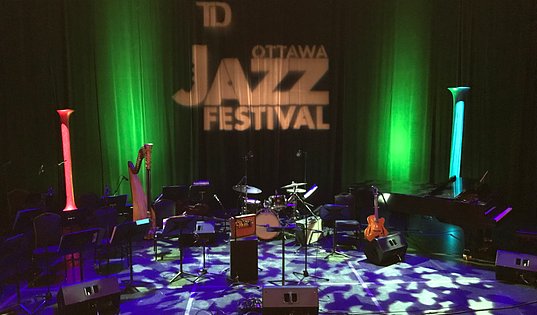 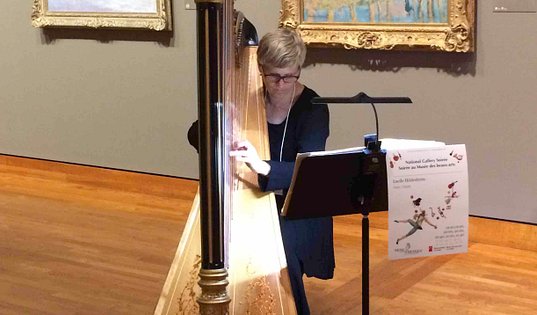 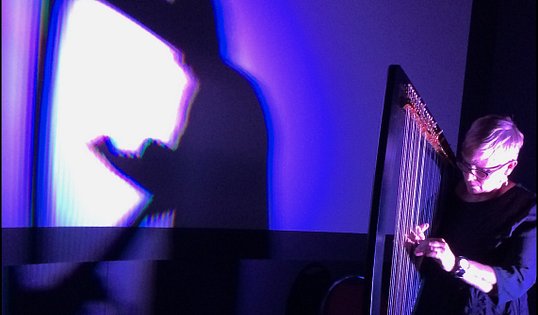 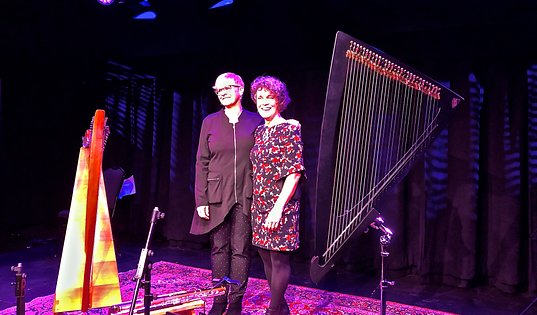 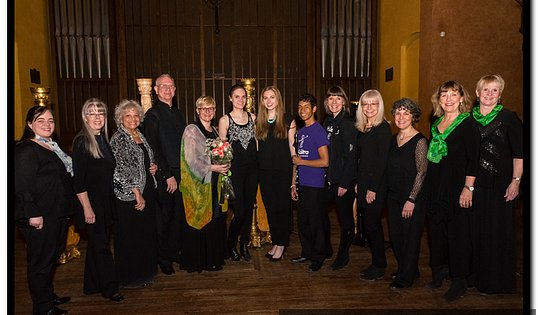 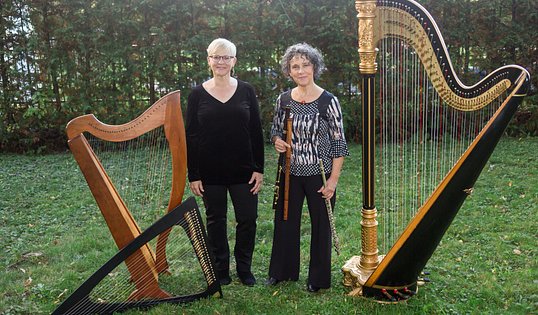 Lucile's musical roots are in classical music. She began piano studies in her native Montreal at the age of seven, adding the harp when she was eight. After a few years, it became obvious that a harpist she was meant to be. She graduated from McGill University with a Bachelor's of Music (Performance).

1981 was a big year: She was finalist in the CBC National Competition; she auditioned for the Banff Centre of Fine Arts where a position of harpist in residence was created for her that summer. It also saw the beginning of a beautiful relationship with the CBC and Radio-Canada! Many studio recordings and concert broadcasts ensued: Showing the harp as a solo instrument became her raison d'être. Her solo and chamber music concerts have taken her to Rideau Hall, here and there in Canada & the United States, the summer festivals of Music and Beyond, Lanaudière and Le Domaine Forget, performing with musicians such as the Orford String Quartet, Tim Hutchins, Robert Langevin, Joanna G'froerer, James Campbell, and sharing the stage with Louis Lortie and John Kimura Parker. She was invited as harp soloist with the Orchestre de la RTBF (Brussels), Calgary, Montreal, Québec, Ottawa... She has performed with the Chamber Players of Canada. She is particularly fond of playing with choirs, especially at Christmas time. Choir conductors such as Matthew Larkin, Kevin Reeves, Lawrence Ewashko, Gordon Johnston, Wayne Riddell and Iwan Edwards value her sensitive accompaniment skills and have included her in many of their concerts & recordings.

That's the Classical part of the story. Then, the purchase of a Celtic harp in the mid 90's... and the electric Delta harp in 2017!

New musical styles needed to be learned since the repertoire she knew did not suit the small harp. There begins the adventure into folk, South-American, Renaissance and Medieval music; improvisation, arranging and composing. On the electric harp: looping, bending notes... exploring new creative avenues! If she often chooses to bring multiple harps to the stage, it is because of repertoire. Since these harps have very different voices, personalities and chromatic possibilities, Lucile uses these qualities to best carry the music. That passion is shared with Toronto harpist Sharlene Wallace, with whom she has collaborated. She has also performed in trio with Sharlene and Kim Robertson. In 2002, she premiered the Concerto for Celtic Harp by Canadian composer Mark Mitchell, which was reprised as a chamber piece with members of the Montreal Symphony Orchestra; she gave its American premiere at the 2012 American Harp Society conference in New York City.

Her current passion is the flute and harp duo sheila&lucile with flutist Sheila White.  Together, they perform classical, traditional, and new music, creating soundscapes with their own arrangements that defy genre classification.

Based in Ottawa, Lucile teaches both styles of harp at her private studio to young and mature students. She is a busy harp examiner for the Royal Conservatory of Music as member of the Royal College of Examiners.

"...fine technical command of the instrument, and brings a very personal touch to her music... an aura of unusual warmth."  Montreal Gazette